>>Prathidhwani is back with a new venture – ‘qisa Film Festivalâ€™, the first ever of its kind in Technopark, to showcase films directed by techies.

This will be a golden opportunity for techies to screen their moving visuals in front of the whole Technopark community. Â The mega event is happening on 15th of September 2012 at park centre, Technopark. Â Entry is restricted to short films shot after 1st August 2010 and directed by an employee / employees of any company in Technopark. Â The entries will be accepted till 31st August 2012. The movies will be reviewed by a well known judging panel and exciting cash prizes and momento will be presented to the Best Short film, Second Best Short film, Best Director and Best Actor in a separate function on 20th September 2012 by a celebrity from the film industry. Â This will be followed by screening of the award winning films.

Prathidhwani is a socio-cultural organization of Technopark employees. This group was formed with a three dimensional vision to contribute to the cultural, technical and social aspects of our society. 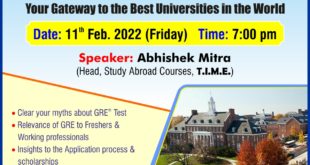 When the Covid-19 pandemic has globally wrought disaster leaving several jobless, Technopark has bucked the …