Kerala gets its schoolchildren to code by using Raspberry Pi

TechnoparkToday.com(Feb, 2015): Thousands of schoolchildren across Kerala will be given computer programming kits and taught to code in a pioneering new project designed to create a resource pool of skilled future IT professionals and entrepreneurs.

On Saturday (February 21), Chief Minister Oommen Chandy will launch the pilot phase of the Kerala government’s ‘Learn to Code’ project under which 2,500 selected school students will be given Raspberry Pi computer kits and trained by IT experts to program.

The Raspberry Pi distribution is the first such project in India and currently the only state-sponsored programme of its kind in the world. It is being implemented by the Technopark Technology Business Incubator (T-TBI) in association with Kerala’s [email protected] project and Kochi-based mobile-internet technology incubator Startup Village.

Industries and IT Minister Shri P K Kunhalikutty and IT Principal Secretary Shri P H Kurian will be among the dignitaries at the state-level inauguration of the project at 9am at Vyapara Bhavan, North Paravur. Education Minister Shri P K Abdu Rabb will deliver a special address via video conferencing.

The Government plans, under the scheme, to distribute 10,000 kits annually to students, primarily in 8th Standard, and follow it up with focussed training/mentoring sessions and competitions.

“IT is one of the growth engines of Kerala’s economy and the project has been launched with the long-term goal of making our state a global technology hub in the coming years,” said Industries and IT Minister Shri P K Kunhalikutty. “We have a very strong education system and exceptionally talented youngsters, so we want to ‘catch them young’ and instil in them a culture of experimentation and innovation.”

“For India to be a manufacturing powerhouse, we require skilled employees who can build products for sunrise industries such as electronics and ICT,” said IT Principal Secretary Shri P H Kurian. “To build these products, we need excellent coders and they are the key to building startups which will turn into billion dollar companies in the future.”

The TTBI has spent more than Rs 1 crore on procuring the Raspberry Pi kits. Each kit costs Rs 4,324 and consists of a Raspberry Pi B+ board, Enclosure, 8 GB SD card, HDMI cable, HDMI to VGA cable, USB keyboard and USB Mouse.

The Raspberry Pi is a low cost, credit-card sized computer that plugs into a display unit (computer monitor or TV) and uses a standard keyboard and mouse. It can carry out most functions of a regular desktop, including word processing, playing games and videos, and internet surfing, besides enabling users to learn programming in languages such as Scratch and Python.

The selected students will first be given basic training and encouraged to experiment with the Pi. Focused coding sessions will start after the examinations in March. Starting April, each student will be assigned a mentor to guide them through the learning process.

“We will evaluate the pilot project in six months’ time, improve upon it and extend it to more schoolchildren in the future,” said Dr Jayasankar Prasad C, the CEO of TTBI. “This is a very important educational project for Kerala and as such, we intend to keep the momentum going with regular follow-up activities, summer vacation classes, coding contests for schoolchildren and other such programmes.”

What is Raspberry Pi

The Raspberry Pi is a low cost, credit-card sized computer that plugs into a computer monitor or TV, and uses a standard keyboard and mouse. It is a capable little device that enables people of all ages to explore computing, and to learn how to program in languages like Scratch and Python. It’s capable of doing everything you’d expect a desktop computer to do, from browsing the internet and playing high-definition video, to making spreadsheets, word-processing, and playing games. 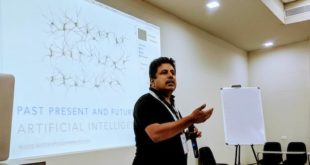 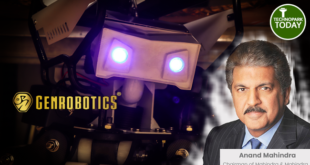 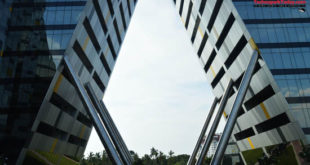