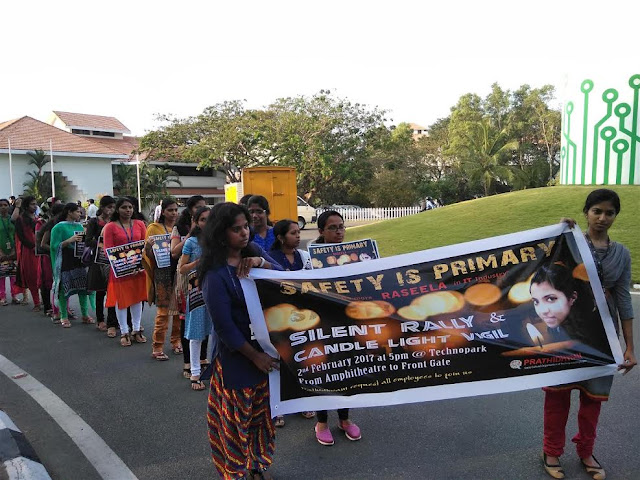 TechnoparkToday.com(Feb, 2017) >  Technopark employees conducted silent rally and candle light vigil on 2 Februay 2016 by demanding an efficient and detailed probe on the brutal murder of the Infy employee Rasila and ensuring proper security to the Lady employees by IT Companies. Prathidhwani, the Socio-cultural organisation of Technopark Employees, organised the protest in side Technopark.

Over 200 employees participated in the silent rally by holding placards and posters. The rally started from Amphi Theatre near Park Center, going through the buildings – Tejaswini, Bhavani, TCS, Nila, Fire Station, Amster, Gayatri, Neyyar, Neyyar, Padmanabham and traversed some distance through the Bye pass road and finished at the Technopark Main gate. The Silent Rally covered a total of 2 kilometers carrying the banner – “Safety is primary; No more Rasila in IT Industry”. 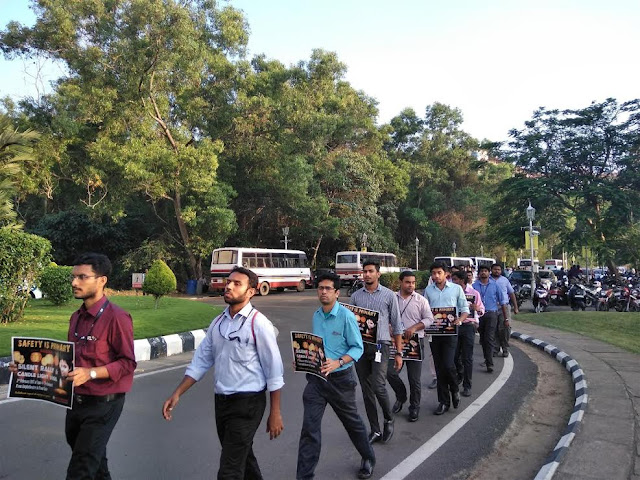 All the participants are unanimous in aggreing that Serious lapse had been visible in ensuring security and protection to Rasila and similar instances can happen any where in India. Prathidhwani, the Socio Cultural Orgainisation of Technopark Employees demanded the following 5 points that should be strictly followed by the IT Companies to ensure safety and secutiry of IT Employees,

1. It is mandatory for all the companies to conduct strict background verification of all kinds of Employees to avoid violence and harassment against women employees.

2. Women Complaint Cells needs to be made mandatory in all companies to collect all kinds of complaints from Women employees. There should be an audit mechanism to check periodically if it is working properly.

3. Off time and/or over time work of ladies should be allowed only during the presence of management of human staff such as HR Manager or Project manager in the premises.

4. Adequate safety measures and safe transportation needs to assured for all lady staff members who are serving late hours.

5. Government should study the issues in security to the Lady employees in IT firms. 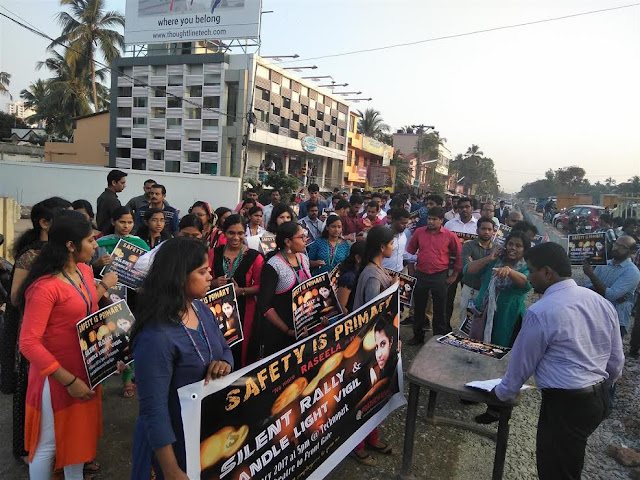 On the Technopark main gate, the Technopark employees registered their protest by taking vow to strongly defend all kinds of violence against Women employees and lighted candles in a very symbolic way.