Techie film maker Baburaj Asariya came with a family entertainer video” Mr and Mrs “Under his own production house Collective Frames. With a fresh concept filled with comic elements,his new web series turns out to be a success in making the audience laugh and cherish. The webseries released is already gathering positive reports.

The plot revolves around a family and how a facebook post cause hitches in their life ,which is shown in a humorous way.

The writer and director has narrated this serious issue in a humorous way which created million smiles. During this covid situation, people are forced to stay home and celebrate the festivals virtually. In such scenario, Mr and Mrs has made a huge acceptance among the audience. This video has been released by actor Govind Padmasoorya and Kaarthik Shankar in their facebook pages and received a massive response from the audience.

Baburaj Asariya , the director of Mr and Mrs is an emerging Trivandrum-based screen writer, producer, film director and the founder of the film production and distribution house Collective Frames. His major works are The Unsung Heroes, Muscroft the Saviours, Voice of the Voiceless, Haram etc and received many awards in India and abroad. Some of his awards are Satyajith Ray, Los Angeles, Asian Goa Film Festival. Collective Frames is mainly focusing on film production and distributing films to OTT platforms. Now they have also stepped into digital platform by producing Mr and Mrs. Collective Frames is all set to distribute the film” Kaadakalam” directed by Sakhil Raveendran through OTT platforms. Other than that his production house started distributing movies from all the languages in India. 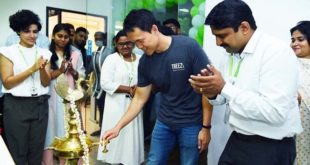 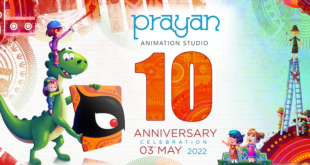 Technopark Campus on an upgrade mode to welcome employees back !

One of the first IT parks in India, Technopark Trivandrum on an upgrade mode with …