Technoparktoday ( Nov 2021) > The much-awaited elevated highway project at Kazhakoottam is likely to be commissioned in January, quite ahead of the deadline of April 2022. The earlier deadline of October 2021 could not be met due to the pandemic situation.

Seventy per cent of the construction of the 2.72-km four-lane highway was completed, and the remaining work is expected be completed in three months, according to the National Highways Authority of India (NHAI). However, the proposed three underpasses along the elevated highway cannot be completed as the NHAI has not yet decided on floating fresh tender or to give that work to the contractor of the project.

Three low-vehicle underpasses are coming up at Attinkuzhy, Technopark Phase III and Mukkolakkal for risk-free crossing of the freeway. They are proposed mainly for the techies of Technopark phase-I and III to enable them to come to the workplace at the eastern side of the highway. The elevated highway under the Bharatmala Pariyojana Scheme is slated to be the longest highway in the state. 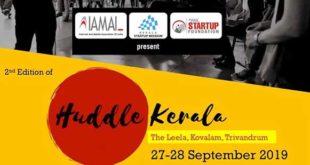