TechnoparkToday.com >>The customers of the leading internet provider – Asianet Dataline ( ADL ) recently had a weird experience when they browse internet. A pop-up javascript driven advertisement window appeared in all of the web pages, the customers browsing, including the high security banking websites.

Customers were panic since its appearing in every pages they access, and they thought that its due to some malware in their personal computer. but later only some techies found that, its coming from the Asianet itself.

This is considered as a big security risk, and the breach of customer privacy. the advertisement is driven by some javascript ( via website: streamride.net ), and thus it can even steal your personal information, credit card information or even some sensitive data in your computer. even if the asianet is not doing it purposefully, any hacker/ person with a malicious intention can easily do it.

Other than that, as a paid subscriber, it’s not supposed to get sponsored advertisement from an internet service provider, and some people believe that it may even the breach of some laws.

There are many workarounds to disable such advertisement pop-ups. but a majority of the ADL users are not that tech savvy, and thus they would be the prime victims.

Many Asianet Dataline customers including the tech community is very much concerned about the irresponsible behavior of Asianet, and many customers are planning to stop the service.

“I’m using ADL for years, and i was satisfied with the service. but such kind of security risks made me to think about stopping the subscription and going for better alternatives. there are many companies providing wireless dongles, at a better rate and better security” -said Sanil Madhavan, Software Engineer in Technopark 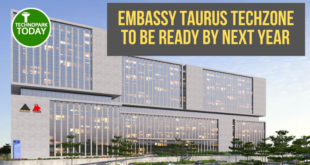 TechnoparkToday.com>>. Embassy Taurus TechZone, a ﬂagship component of Taurus Downtown Trivandrum, is expected to be …