A Monsoon Trip – A techies day out

TechnoparkToday.com >> This is about a Monsoon trip in Trivandrum, where I am working for the past 2 years (Almost). To be honest I am not very fond of many things about Trivandrum, but there are certain things I love about it too. It’s a sweet dilemma. 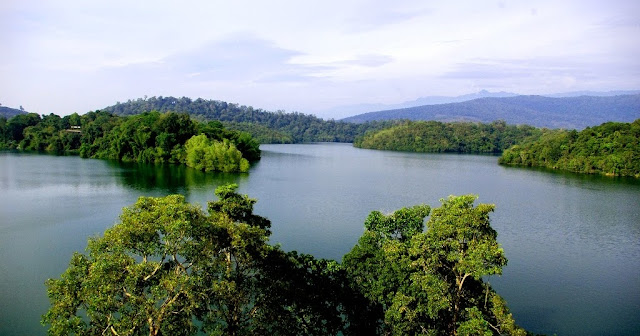 It was on a whim that I invited my parents to visit me here during the Monsoon season. Trivandrum was enjoying the occasional rain and the cold. It was with some difficulty I was able to get a customized tour plan for us. All the tour planners I found online and otherwise, they were keen on suggesting the City tour, Kovalam beach trip and Veli beach trip, likewise all beaches. This was not what I wanted. Beaches during Monsoon is not the best option and a tour planner should know that, right? I mean it is not like Trivandrum doesn’t have beautiful places to visit even during Monsoon. I was adamant on restricting the trip within Trivandrum and not making it a beach trip. So finally we came up with a splendid plan

Sunday – Visit Neyyar Dam & Anakottil, Elephant Rehabilitation Centre (At first the plan was to go to Ponmudi but had to change as it was prohibited due of Monsoon)

This felt like the best plan to all of us. I was excited the whole week and was waiting to start our trip. Like everyone else, I also hoped that on this particular weekend there might not be much of rain, as the week before and the one before that we were experiencing sunny days. But to my horror, the Friday evening when my parents were to arrive, there was a heavy down pour. I was on my way to the hotel we booked for the weekend and was almost drenched with the rain water even though I was sitting in the middle of the auto with both sides covered. My heart sank as I thought about the plans we made. But by the time I got settled in the room, the rain lightened. The heavy rain lasted around 10 minutes or less only and then it was drizzling. This made me feel better as the rain wasn’t pouring buckets anymore. By the time my parents arrived the rain had stopped long before.

It was a fresh sunny morning on Saturday. We all got ready in high spirit. We started little late as the driver came late, but he came with an upgrade for the car we booked. He came with an Innova and it made the trip much easier for my parents. That was a surprise gift for all of usJ . Our visit to my office was a little sour as one of the new security personal made it difficult for us by denying entry to the lobby. I explained many times that I have approval from his higher manager but he was not listening. In the end he had to let us in but that incident had spoiled the visit for my parents. Then we went to Techno Park as my parents had never been there before. It sure is a place to visit with all its green beauty within an IT park. They really enjoyed it.

The afternoon trip to Poovar Island was the highlight of the day. The backwater cruise is a treat to people who love scenic beauty. It was drizzling by then, but we enjoyed the light rain with the boat ride. We were able to see different kinds of birds from close range and took beautiful pictures. The outfall is a beauty by itself. One side a peaceful river and on the other side a restlessly raging seawater. The golden sand on the beach and the sound of raging ocean with high waves due to Monsoon, it gave us an unusually memorable moment. The trip to Kovalam beach afterwards wasn’t so great because of the weather. I was right to not go with all beaches plan. But it wasn’t enough to dampen our high spirits from the boat tripJ. We went back with a blissful state of mind and discussed about the day for a long time that night.

Sunday morning was a new start as we were enthused over the upcoming trip. We went straight to Neyyar Dam as suggested by the driver on Saturday evening. It was a long drive and we enjoyed the drive. Due to Monsoon the shutters of the dam were open slightly and it made the water flow with a milky white shade. The voice of the water flowing all around us and the beauty of the sight was enough to get us all going up and down around the place. They have a well-kept garden. My Mother was eager to see the place and she went all the way up through the stairs which was unusual for her. The way my father was holding her hand while he helped her with the steps made me think of my husband who is working in Qatar. It was a sweet gesture. There was an aquarium nearby and is nicely done, but was missing a guide. Nevertheless my parents liked it.

Anakottil or the Elephant rehabilitation center was one of the highlights too. There were so many elephants, older ones, younger ones including one recently brought in wild elephant calf. We were not allowed to see the recent one as it wasn’t tamed, but we saw another calf which was there for some days yet not tamed enough. It was kept inside a closed surrounding made of strong woods tied together with sturdy ropes. Still it didn’t look good enough to hold him for long. He kept pacing up and down hitting the sides of the walls surrounding him with his trunk and legs. Another calf which was a tamed one was brought outside to a water tap to drink water. The ‘Pappan – person who takes care of and controls a tamed elephant’, opened the tap and the calf started filling its trunk with water and drank and repeated few times. It was a funny site to see him playing with water and getting scolded but lovingly by his caretaker. There was another couple who were trying to make out in front of all the people ogling at them, I mean for animals PDA is not restricted I suppose 😉

People were doing elephant safari as well. We saw a foreigner on top of one elephant who was thoroughly enjoying her trip around the place. When she and her elephant came nearer, I asked her ‘You look like you are enjoying it’, she gave me a thumbs up and said you should try it to know how good it really isJ. Occasionally the Pappan was taking pictures for her. We ate lunch from the cafeteria inside the Anakottil. The cafeteria had very basic setup but the food there was amazing. Not at all pricy but delicious. We were delighted we thought of eating there.

In the afternoon, driver took us to the famous Sree Padmanabhaswamy temple. The temple is built in the native Kerala style, though it had a touch of the architecture mostly seen in the temples in Tamil Nadu. The ‘Methan mani’ or the clock tower next to the temple is constructed with a highly complex pulley system. The clock has a dial and above the dial there is a face of a bearded man with two rams on either sides of his cheeks. Every hour when the clock strikes, the rams will hit the cheeks of the man as many times as the number representing the time along with the clock chime. As the rams hits his cheek, the bearded face will open its mouth and pull his tongue out. You should see it for yourself to understand the unique structure.

Next we visited Puthenmalika (Kuthiramalika) Palace next to the temple. This palace was built by Maharaja Swathi Thirunal, the King of Travancore who was a well-known poet & musician. The palace museum displays paintings and priceless collections of the royal family. The name Kuthiramalika or Horse Palace came from the traditional Travancore style of exquisite wood carvings which includes horse sculptures. One of the many wonders of its construction.

By the end of the tour, walking up and down the dam, Museum & the Gallery, we were all exhausted and just wanted to hit the sack. It really was a good way to end a joyous trip. All of us slept like babies that night. In the morning I dropped my parents to the railway station and went to work. For a long time I cherished the memory of our trip and I still do.

Author Info: Deepthi George is an aspiring writer and IT professional working in a Technopark MNC.