UST brings back the football fever to Technopark.

GOAL 2011, the premier corporate football tournament that has continuously swept the imagination of football aficionados at Technopark kicked off at the LNCPE Football Grounds, Trivandrum on September 18, 2011. The event was inaugurated by Mr. Subhash Parameshwaran, Head of Sales Support Services, UST Global. The day witnessed a host of exciting matches and the spectators from various companies had a satisfying day filled with football action.
GOAL 2011, a UST Global Color Gold initiative, is considered to be the official football tournament of Technopark, and is being successfully conducted for the fourth successive year.

The tournament kicked off with the hosts, UST Reds playing against M Squared. In what was a one-sided match, UST Reds cruised to an easy win against 9-man M Squared. Debutant Sabarish of UST Reds scored the first hat-trick of GOAL 2011. UST Blues also recorded their first win against Speridian. The opening day witnessed further thrilling games as the defending champions, Tata Elxsi were held to a goal less draw by RevenueMed. Infosys A, Allianz and Nest also recorded their first wins in GOAL 2011. The day yielded further twists as Satmetrix defeated IBS 1-0.

With 21 teams battling it out for that coveted trophy, it sure is going to be exciting. Who would qualify for the quarter final league? It is up to the teams to up the ante and have a stake in the next round.

Be there to cheer your teams next week! 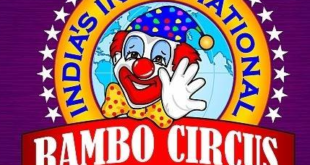