Blockchain Reality Beyond the Hype and Myths

TechnoparkToday.com: From banking to healthcare to supply-chains, the block chain hype is everywhere. Many organisations are spending lot of time and money on blockchain technology with an assumption that the future for blockchain technology is promising. But one should understand what can and can’t do with the blockchain or distributed ledger systems.

While interacting with a few, I found that many of them are living in a blockchain hype rather than reality. most of the companies are trying to buy a use-case than selling a solution. the newcomers and common men are still under the influence of blockchain myths, and let’s burst a few of them here.

Blockchain as a universal solution

“if all you have is a hammer, everything looks like a nail” – true with blockchain companies. They are trying to fit blockchain to every problems they encounter. In reality, blockchain is meaningful in a well understood and specific use cases. Still it faces the struggle of adoption and scale since organisational and operational efforts required for implementation. You can’t put anything in to blockchain. It is just a protocol not a standard yet.

Blockchain is Secure, Nobody can break!

It’s a common belief that blockchains are safe and invulnerable from any attack or data breach. the evangelists talk a lot about it. But no technology can guarantee complete immutability. data can be altered but it’s excessively expensive and economically unattractive.

Smart contract is smarter with code as law.

Essentially the codes are not laws. smart contracts are just business rules in the software. by design they are irreversible once published. even for bug-fixing. The secure and decentralized processing of blockchain based systems with code is law and smart contract. for example, Genesis DAO- the smart contract on the Ethereum blockchain caused millions of dollars drain and its fix broke even the community.(https://www.cryptocompare.com/coins/guides/the-dao-the-hack-the-soft-fork-and-the-hard-fork/)

Still this is a hurdle for blockchain before achieving the mainstream status. They are not even scalable to conventional server based transaction methods. They are scalable only with small payloads and certain type of transactions. On the other side, transaction time also matters. While paypal manages 193 trans /sec and visa manages 1667 trans/sec. Ethereum does only 20 trans/sec while bitcoin manages a whopping 7 trans/sec. the delay is due to the time to put transaction in to block and time to reach consensus.

Blockchain is already been hyped and commoditized. Still it needs strong use-cases and proof of concepts for wide industry adoption. we need to figure out the opportunities and solid reasons for why this hasn’t already been solved with other technology.

Renjith Ramachandran : A technologist and digital technology consultant with years of experience in leading technology and innovation programs. He is a technology & business mentor for many startups and a serial entrepreneur by himself. 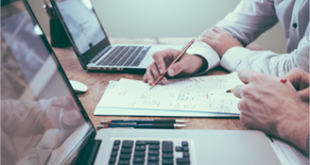 How to increase your productivity at work?

TechnoparkToday.com: Instead ofdabbling hands in more than one area, startups should focus on improving their …