Technopark based leading animation company – Prayan Animation celebrates its 10th Anniversary . Prayan has grown from a small start-up to one of India’s most diverse media companies. For the past ten years, Prayan has been at the forefront of specialized content development, production, and distribution.

Progressing into global expansion, Prayan has extended its reach across the globe in the field of animation. It has made great advances in terms of production, post-production, and co-production by collaborating with YouTube Originals and Diamond Films Canada.

“No one can be successful unless they enjoy what they do,” Prayan CEO Vinayan V. adds. “One of the first lessons I learned at Prayan was that we need to make sure our team has the correct values and vision while still being innovative.

Despite the hurdles in the current business environment, their Managing Director Remesh Ram has inspired them to make an impression in the market. “Our objective is to grow via hard work,” he explains. We have gathered a great deal of expertise as a result of all of our amazing collaborations, and we intend to improve our position and extend our commercial operations. Our desire to expand our footprints abroad and become global market leaders has only been bolstered by our expansion in terms of workforce and workspace.

Dreams (a short film about conserving the world) was chosen as the recipient of this year’s Beyond the Curve, Kidz Cinema at the Vesuvius International Film Festival, and Animafest GDANSK Film Festival awards. The 22nd of April is World Earth Day, and “Dreams” was released on their YouTube channel on the same day. Prayan’s production work on IP DINO encapsulates the essence of filmmaking and displays the never-ending effort they put into pushing the boundaries of established standards and evolving in the medium.

Every year, Prayan generates almost 300 minutes of 2D animation content, as well as artwork for children’s books and game content creation. They’ve recently teamed up with Helen Christabel Parker, an Australian/Canadian television producer and writer from Diamond Film Canada, on Sonic Bird, a 26-episode series set to premiere in 2024. Helen is an award-winning journalist for Fox/News Corp and has produced three number one television shows for the Nine and Seven Networks in Australia.

The film Sonic Birds tells the story of five endangered Australian birds that flee poachers only to find themselves far from home — in Europe! and realise that they must transcend their differences in order to return to Australia, and that each of them should be a team player.Prayan has grown from a modest start-up to a company with 80 people and a large number of partner studios in the last ten years. Employees at the organisation are a combination of creative and business specialists that have a common aim of achieving role excellence. Prayan feels confident in dominating the market and celebrating many more success stories in the coming years with such a dynamic crew.

Share
Previous WiFi data can be purchased from the government; One GB is free
Next Timesworld expands its presence to Technopark 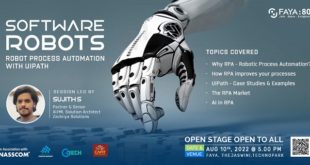 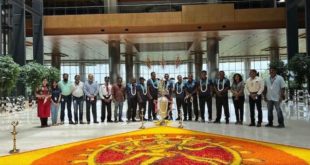