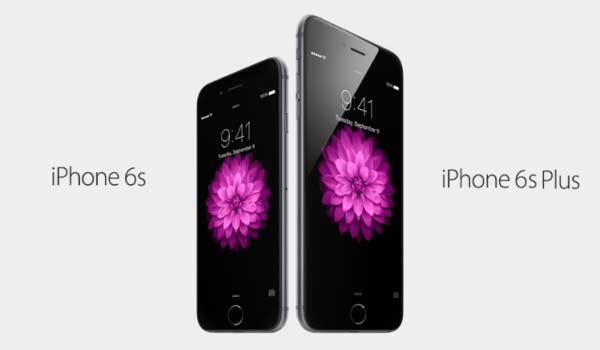 TechnoparkToday.com(Sept, 2015): As the new phones such as iPhone 6s and 6s Plus are scheduled to be unveiled on September 9th, 2015 – there are many rumors that elevate the excitement in the minds of tech lovers.Here are the most speculated features in the new iPhone 6s and 6s Plus.

Apple made the iPhone body stronger than the previous version. When Apple delivered the iPhone 6 and 6 Plus with refreshed looks last year, most of the consumers complained about the fragile aluminum casing that was prone to bending. This time, rumor has it that the firm has looked into this issue closely and has made the metal casing around the phone stronger than the last iPhones.

In the last set of iPhones, the cameras were brilliant but it did not sport extra pixel in it. And this became one of the reasons for ditching the iPhone however, this year Apple suggest pushing-in extra pixels into the camera sensors.

Most rumored feature in the upcoming iPhone is the ‘Force Touch’ it will enable the phone to understand the differences between ‘a light and strong’ touch. This feature is already available in Apple Watch and Macbook’s trackpad hence there is a high amount of inclusion for this technology in the new iPhone.

In the last iPhone 6 and 6 Plus, the battery housed came with the capacity of 1,810mAh and 2,915mAh respectively. As Apple is said to be altering the hard shell in the new phones, there are possibilities that it will come with a bigger battery than the iPhone 6 and 6 Plus.

Apple led the market with huge number of sales with the current price range and with that strategy the company can lure some more new customers towards buying new iPhones. According to recent debated rumors, the expected price of the new iPhone 6s and 6s Plus will be same as the iPhone 6 and 6 Plus when arrived in the market last year.

Blockchain Reality Beyond the Hype and Myths

How to avoid hacking bank account by swim swap fraud?