TED talks have lively discussions on a range of relevant issues and was initiated by an American non-profit organisation called the Sapling Foundation in 1990. A festival for the curious, these talks seek to facilitate the exchange of unique ideas and thereby cultivate a more inspired and thoughtful community, yearning for positive change. Steve Jobs, Bill Gates, Bill Clinton, and more recently Shah Rukh Khan and the Pope figure among some of the prominent personalities who have been part of the TED talks, that are held on an annual basis.

The organisers’ move to democratise the phenomenon in 2009 saw TED going viral, not merely online but the world over with the ‘x’ suffix getting attached to the acronym. Denoting ‘independently organised event’, these talks broke out of its more elite, American intelligentsia barrier and spread to remote locations across the world. According to their official website, there were 321 TEDx events in 74 countries over one month.

TEDxThiruvananthapuram has 10 speakers who have been selected over a month ago and with who the team has been working with to curate talks and ideas relevant for the city. Speaker for this year includes Padma Shri award winner Dr. Jose Periappuram, a leading Cardiac Surgeon who performed the first successful heart transplant in the state of Kerala,

Saji Valasseril, a swimming coach who witnessed the Thekkady River accident in 2009 and has now dedicated his life to help children with disabilities swim even in the harshest of conditions,

Dr. Bina Tharakan, Archaeologist and Heritage Consultant, responsible for hold the Heritage walks in the city of Thiruvananthapuram as a way of enlightening the people of the city about its lost heritage,

Dr. V P Gangadharan, a leading Oncologist in the State of Kerala and responsible for setting up affordable cancer care in many parts of the state.

Unnikrishnan, popularly known as ‘Chess Unnikrishnan’, famous for ridding a village of alcoholism by teaching the people the ancient game of chess, a feat that was covered by the BBC,

Prashant Nair, fondly known as ‘Collector Bro’, the ex-collector of Kozhikode, for uniting people and bringing about many positive changes in the administration.

Rachel Thomas, the first female skydiver from India, known for completing more than 650 jumps and holding a record for performing one over the North Pole, was awarded the Padma Shri in 2009.

Somanath S, Director of Liquid Propulsion Systems Centre, ISRO, known for contributing immensely to the development of the PSLV and GSLV Space Programs.

The tickets for the event are available at www.tedxthiruvananthapuram.com

Share
Previous Biriyani Hangama at M2Cafe, Technopark
Next Baburaj Asariya is raising voice for the voiceless 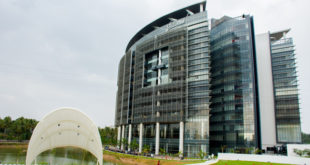 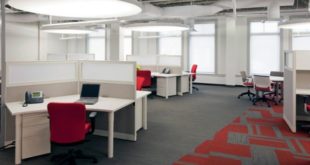