TechnoparkToday.com>> With almost two decades in the city, Allianz Technology and Allianz Services, two operating entities of the Allianz Group, present in Technopark, are supporting an innovative plastic waste collection and management system in Thiruvananthapuram. Allianz has engaged experts at the German social enterprise Plastic Fischer to remove and manage the plastic waste in Thiruvananthapuram’s canals, rivers and tributaries.

Allianz has embarked on a mission to clean the city’s water bodies in collaboration with Plastic Fischer and has devised a three-year plan to scale the project to multiple canals, rivers and tributaries in and around Thiruvananthapuram, reducing clogging that results in flooding and taking plastic out of the ecosystem, while also opening up opportunities for full-time jobs for local people. The goal is to collect 550 metric tons of plastic waste in three years while laying the groundwork for long-term waste management infrastructure. This initiative aims to reduce marine plastic pollution in the region as well as to unclog the water networks.

Permissions have been obtained for eight sites in Thiruvananthapuram. Three systems have been installed, two in Thampanoor Thodu and one in Ulloor Thodu. Pre-installation work for the fourth site is currently under way at Pattom Thodu. About 16 tons of plastic have so far been collected from the water bodies at two sites in Thiruvananthapuram. The goal is to have 12 sites each in the first two years and run all 24 in the third year.

Local, low-cost, and low-tech solutions have been the watchwords of the Germany-based social enterprise, allowing them to tackle problems quickly, at scale, and with the involvement of local communities. In India Plastic Fischer is also involved in waste management initiatives in Bengaluru and Varanasi and in Indonesia.

Allianz Group pursues a sustainability strategy into its business and operations and actively works with trusted partners to tackle global challenges like climate change and social inequality. Through a partnership with the not-for-profit organization Sea Shepherd, Allianz helps fight against plastic pollution caused by abandoned and illegal fishing gear to protect the world’s oceans and marine wildlife in the Mediterranean Sea.

“Thiruvananthapuram is at the core of our journey in India, as it is home to over 5500 Allianz employees. So, I am proud that together with Plastic Fischer and the state of Kerala we are able to remove plastic in the city’s rivers, tributaries and canals. This keeps the plastic from entering our oceans and further impacting marine and human life everywhere. It reaffirms our commitment to the beautiful city of Thiruvananthapuram and is true to our purpose of ‘We secure your future.” said Barbara Karuth-Zelle, Member of Board of Management and COO of Allianz SE.

“We founded Plastic Fischer to protect marine biodiversity in the oceans from plastic pollution. Therefore, we collect plastic from rivers in the most efficient way and create jobs for the local communities. We are proud to partner with Allianz to prevent hundreds of tons of plastic waste from being flushed through drains and rivers into the ocean in Thiruvananthapuram,” Karsten Hirsch, CEO & Co-Founder, Plastic Fischer said.

“Plastic pollution is a serious problem for inland water bodies and seas alike. With the high density of population and severe gaps in waste management practices, problem is especially severe for inland water bodies in Kerala. Plastics pollute our waters, threaten freshwater animal, and plant species and contribute to floods including urban flash floods. Almost all this plastic waste eventually ends up in the ocean, affecting the marine ecosystem as well. Thanks to Allianz for this initiative to fight the plastic menace in our water bodies. May this initiative also serve as a way to raise awareness and help change our collective behavior to prevent this problem at its root.”  Said John M Thomas, CEO IT Parks.

“The pilot system introduced by Plastic Fischer for collecting non-biodegradable waste from water bodies in Thiruvananthapuram is an effective system and a considerable quantity of waste materials has already been collected from the installations that they have set up. We hope that the assurance made by Plastic Fischer to install similar interventions at various locations will be fulfilled in a fruitful manner. On the successful completion of the pilot project in Trivandrum, we are looking forward to replicating the system in other areas in the state.” K T Balabhaskaran, Executive Director of Suchitwa Mission said. 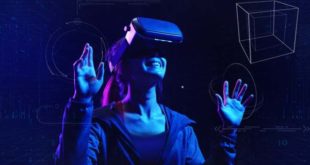 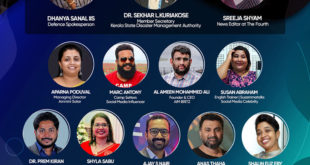 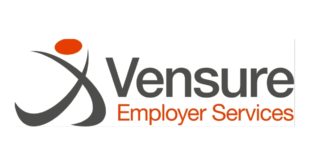