TechnoparkToday.com (Sept, 2014):  Apple announced two new iPhone models – iPhone6 and iPhone6 Plus. The long-rumored iPhone 6 and iPhone 6 Plus will come in two sizes, one with a 4.7-inch screen and the other with a 5.5-inch display.

Apple iPhone 6 has 4.8 inch retina display at a resolution of 1920×1080 pixel quality. This phone has an amazing built quality with glass and aluminum body. Keeping the external design same overall as the ancestral iPhone 5 generation, Apple did a number of upgrades to the gadget to reap huge profits.

An upgraded version of A6 processor called A7 CPU has been used which is built on 64 bit architecture. Integrating this chip iPhone6 will provide up to 2 times faster CPU performance. 64 bit version of iOS 7 has been used for dealing with Operating System dependencies. Apple integrates M7 motion coprocessor for handling the accelerometer, compass and gyroscope. This phone can also run OpenGL 3.0 games.

Apple incorporates 13MP rear camera and 0.3MP front camera in iPhone 6. The camera comes with a cool list of features and has amazing quality. It has the dual flash for capturing photos and records videos of 1080p HD quality at 30fps. They added a feature to take still photos while recording the video. Its rear camera can record 720p HD video and can capture photos at 1280×960 pixels.  Apple iPhone 6 comes with 4 optional inbuilt memories i.e. 16GB, 32GB, 64GB and 128GB. Apple iPhone 6 supports maximum mp3 and video formats.

For connectivity, Apple iPhone 6 has updated versions of GPS, GLONASS, Wi-Fi, NFC and Bluetooth for better and lightning fast connectivity. This phone’s talk time is up to 10 hours on 3g and standby time up to 250 hours in one full charge of battery. Video playback time is up to 10 hours and audio playback time is up to 40 hours. Apple iPhone 6 can be regarded as ideal support for 3G and 4G LTE networks worldwide and thus it enables us to download content at blazing fast speed.

Share
Previous Photography Extravaganza by Alamy in Technopark!
Next UST Global expands its global delivery center in Chennai; to double its headcount by 2016 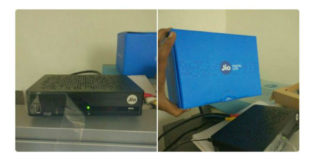