There were rumors floating almost half a decade back that Yash Raj Productions & AR Rahman will work together on a film, but things didn’t worked for reasons unknown. Later Yash Chopra takes a step ahead approaching AR Rahman & Gulzar Saahab for his last feature film ‘Jab Tak Hai Jaan’ , from here on JTHJ, which obviously raises the expectations for any film music lover several hundred times.

It’s very difficult to review AR Rahman’s work, as we knowingly â€“ unknowingly compare his previous work for the expectation he has built among us. I will try to present a fair view on what I felt after listening to the tracks of JTHJ. It was a conscious decision to come with a writeup on the music of JTHJ a bit late from the official release, as I wanted the slow sweet venom of AR Rahman’s magic trip into my blood.

To start with JTHJ, it’s one of the beautiful track albums from AR Rahman, No Doubt. At first, I had the impression that the music is very Yash Raj style and AR Rahman just surrendered before the King of Romance, but after hearing it many times the music felt very soothing portraying every other facets of being loved, the romance, the pain, the tension and the philosophies on love, yet unique with Rahman’s signature. Apart from two mediocre tracks ‘Ishq Shava’ and ‘Ishq Dance’ rest all the tracks are top notch.

My pick from this album would be definitely ‘Heer’, a lovely track beautifully rendered by Harshdeep Kaur. The way in between this track, the ‘Saans’ track melody fused is indeed very magical, a perfect A R Rahman stamp. The track follows after ‘Heer’ is another beautiful track ‘Saans’, a romantic song which is way different from the contemporary format, though it carries the Yash Raj style but what makes this track special is the tension flowing throughout the entire song. I am really eager to see how this track is placed in the storyline, it also gave an impression to me that this track is the core theme track of JTHJ. ‘Jiya Re’ track is an instant catchy track, this is very much expected from AR Rahman to come with a peppy number with a tag ‘Jiya Re’ like the ones before ‘Chaiya Chaiya’, ‘Humma Humma’, ‘Jai Ho’ and many more. Look out for the chorus used in this track, the chorus helps in lifting the mood of the song during climax, very creative. Neeti Mohan’s rendition is just average, visuals are stunning, very lively. Next track is very soulful title track ‘Jab Tak Hai Jaan’, the track changes it’s form from a slow stylish track to very Indian format, use of Dholaks to shift the transitions. Would like to appreciate a new voice Shakthisree Gopalan, very effective in low pitch vocals. ‘Challa’ completely belongs to Gulzaar Saahab and singer Rabbi Shergill, it’s good to know that AR Rahman still experimenting with different singers when he can easily get the big guns deliver the same. Challa is a Punjabi track, about wandering souls looking for something in their lives, a journey to nowhere philosophically. Last but not the least ‘Jab Tak Hai Jaan’ poem rendered by Shahrukh Khan, with the use of strings the poetry brings out love, passion, betrayal and pain.

Music of JTHJ is definitely one of the defining albums when it comes to the genre of Romance in recent times. Give it a try (or multiple tries 🙂 ). 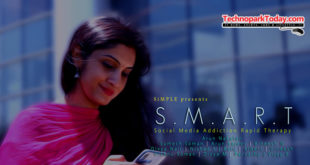 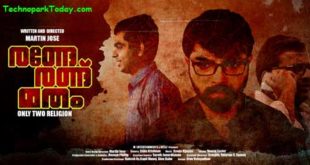 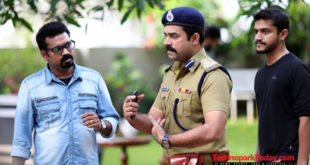 ‘45 Seconds’ – A phrase on everyone’s lips for the past few months. TechnoparkToday.com>> A …