TechnoparkToday.com>> For Jophin Vargheese, directing a feature film was a distant dream till he met actor-director Dhyan Sreenivasan one day. Now Jophin, a Technopark employee and director of hugely popular short film Bomb Kadha, is gearing up to don the director’s hat for a Malayalam feature film.

It was a story idea shared by Jophin’s friend Ratheesh Reghunandan which paved the way in realizing his dream. “He shared a story idea, which I found as really exciting. So we approached Dhyan with the story. He asked us to come back with completed script. It energized us, and Ratheesh started working on the script. Within two weeks’ time he completed the script and we met Dhyan again. He liked the script and agreed to act in the movie. Luckily everything fell into place when Sudheer VK, Manu Valiyaveettil, and Chitrangatha Kurup of Straight Line Cinemas were ready to take it up as their next project. We are planning to begin the shoot next year,” he said.

Straight Line Cinemas has already made announcement of the movie with Dhyan Srinivasan as the lead.

Jophin said that participation in Pratidhwani’s Qisa film festival was a turning point in pursuing his dream. “The film which was shot together by me and my friends won the best script and best actor awards. I started viewing film seriously after that. Then we made short films, Bomb Kadha 1 and Bomb Kadha II. The latter went viral and got opportunities to work as assistant director after that. But I couldn’t take up due to work commitments,” he said.

Following the footsteps of techie-turned directors like Ranjith Sankar and Basil Joseph, Jophin too is hopeful to create a mark in Malayalam film industry. 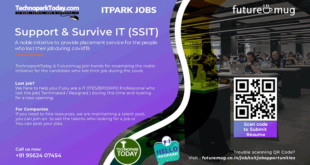