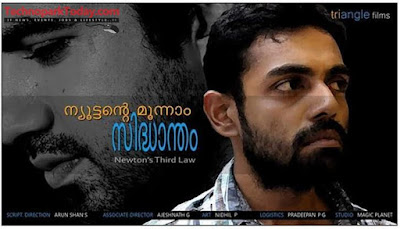 TechnoparkToday.com>> A short movie end to end managed by a team of Techies working in Technopark, now draws attention of movie lovers. All aspects of project: acting, script, camera, direction, art and post-production are handled by a small team from a single organization unit in Company at minimum cost and without compromising depth of plot and location.

The movie is built around the Newton’s third law ‘Every action has an equal and opposite reaction’ or the synonymous ‘Karmafalam’ from the Indian thought. It portrays 2 women in hospital and their husbands with contradicting characters.

The immediate nature of men are attributed to their past. Man reacts to action forced on him. Good may turn red. Fear of consequence or reaction could guide the action of men to resolve mistakes. Whether our action persist after the fear of reaction is over? The movie ends throwing this indirect question to the audience.