Hrishikesh Nair to head 3 IT parks in Kerala 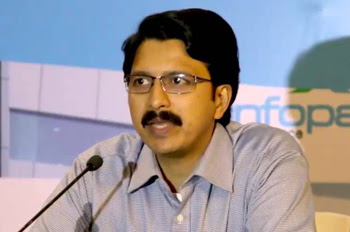 TechnoparkToday.com>> Shri Hrishikesh Nair, CEO of Technopark & Infopark Kochi, has been appointed as CEO of 3 major IT parks in Kerala. The decision was taken in Minister’s meet held last day.

Currently he is the Chief Executive Officer of Technopark, Trivandrum and Inforpark, Kochi and now he has been given an additional charge of Cyberpark, Calicut.

Hrishikesh became CEO of Infopark, Kochi in 2013 and later in 2016, Kerala Government gave him an additional charge of Technopark, Trivandrum.

Prior to this, he has worked with the US-based Sherwin Williams and looked after standardizing the IT footprint and extending the eBusiness solution for the company on a global scale. Moreover, he has experience working in IT companies including Oracle and Infosys.