TechnoparkToday.com(Oct, 2015)>>  When he set out to his office in Technopark last Thursday morning, it was just like any other normal working day for P.V. Shyamlal from Vattiyurkavu. But, what was in store was a day-long ordeal at the Medical College police station, according to a complaint he registered at the Police Complaint Authority.

The complaint says that around 10 a.m. on Thursday while he was riding to office, another motorbike collided with his near Pattom junction. This led to a verbal altercation.

“He asked me whether I know who he was and pushed me. He then tried to hit me with his helmet and then punched me. A few people gathered there soon and stopped him. He got into an altercation with some of them too. Then he revealed that he’s a policeman. A police team soon arrived and said that we would be taken for medical examination. Some of the people there said that they would join, but the police said that was not required,” says Shyam.

The two were taken to the Medical College Janamaithri police station.

The ordeal continued there, Shyam says. “The head constable took my mobile phone. Then another policeman and the sub inspector slapped me. When I told them that such behaviour was a violation of my rights as a citizen, the policemen said that such rights existed only in movies. They also said that I was behaving senselessly because I am a Technopark employee. The SI told me that a case would be charged against me for obstructing a policeman’s duty and pressurised me to settle the issue with the policeman by giving him some money. I refused,” he says.

He says that he had to beg several times before his mobile phone was handed over to him to make a call to his office, and later to contact two of those who were present when the incident happened.

“I had fortunately taken their phone numbers and they came to the police station. My parents also came and they talked and settled the issue. By then, it was 7 p.m. I had spent the whole of my working day at the police station. I have decided to complaint to the State Human Rights Commission too,” says Shyam.

When The Hindu contacted Medical College SI Bijoy, he said the issue was settled that day itself. “It is not a policeman or home guard who was involved, but a traffic warden who was going back from duty. The guy had hit him with a helmet. They were taken to the station as per the instruction from the control room. None of us slapped him,” says the SI.Says he was slapped after being taken to police station following an accident; SI denies charge

Reported by The Hindu

We technoparktoday.com along with the entire techie community supporting the techie, and demanding a sincere investigation on this matter, and take strict disciplinary actions against the culprit(s).  There is common belief among people, that they can do any injustice to techies , since they are not united or no organizations are there to represent and backing techies.  We request our readers to share this to the maximum, and we love to hear your opinions as comments below. 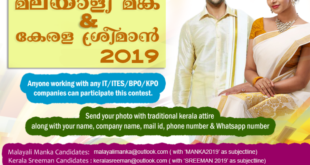 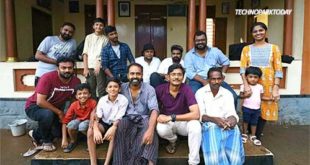 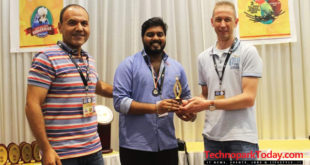