Petrol Theft On a Rise in Technopark

>>Though several complaints were raised against petrol theft in Technopark, the unfortunate incident continues. Â  The latest incident is petrol theft from a bike parked in the parking area of Periyar building. Â Anurag Velekkattu, an employee of NeST, is the latest victim. Â â€œI left the bike at the building due to heavy rain and took it the next day. After riding for a while, I noticed that the tube was cut and petrol was leaking through it. Petrol was taken out through the tube. Â Luckily I saw it, otherwise a minor spark would have caused an accident,â€ said Anurag, who had parked his bike at the basement area of the Periyar building.Â  â€œFor me, it was not just a theft but a life- threatening incident,â€ Anurag said.

Technoparktoday has reported such multiple issues in the past too. Â  Bikes and helmets too had been stolen from the parking space. Â Techies are suspicious of the security men in the buildings. â€œThe security men are from a private agency. There are doubts against some,â€ Anurag said. Â  Last year, a security man was caught red-handed by some techies for petrol theft from Thejaswini parking area. Â  Later, he was suspended from service; however, the new incidents show there is no change of scenario.

Employees who return after night shift suffer the most. Â Usually they spend much time for the maintenance of their vehicles after the night-long duty.

Techies have serious complaints against the Technopark authorities for not taking proper action to find out the real culprits. Also there is a demand to set up surveillance cameras at various locations inside the Technopark campus. 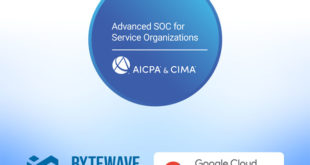