TechnoparkToday.com>> Meet Technopark employee Jeethu Thomas and his wife Reeba Sebastian, the creators of Ezhuthaani Keyboard application for iOS, which enabled lakhs of iOS users to read and write in Malayalam. 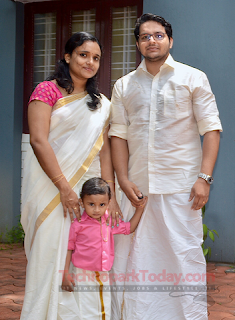 Ezhuthaani’s expedition to the success not only lies in creating just a keyboard, but also in integrating some additional features in it. It comes with 3 keyboards in the same application, a Malayalam script keyboard, Malayalam to English (Manglish) keyboard and a handwriting keyboard.

These features keep ezhuthaani the unique and the most popular keyboard application for iOS. The team is working on their next update which includes a speech to text translation keyboard.